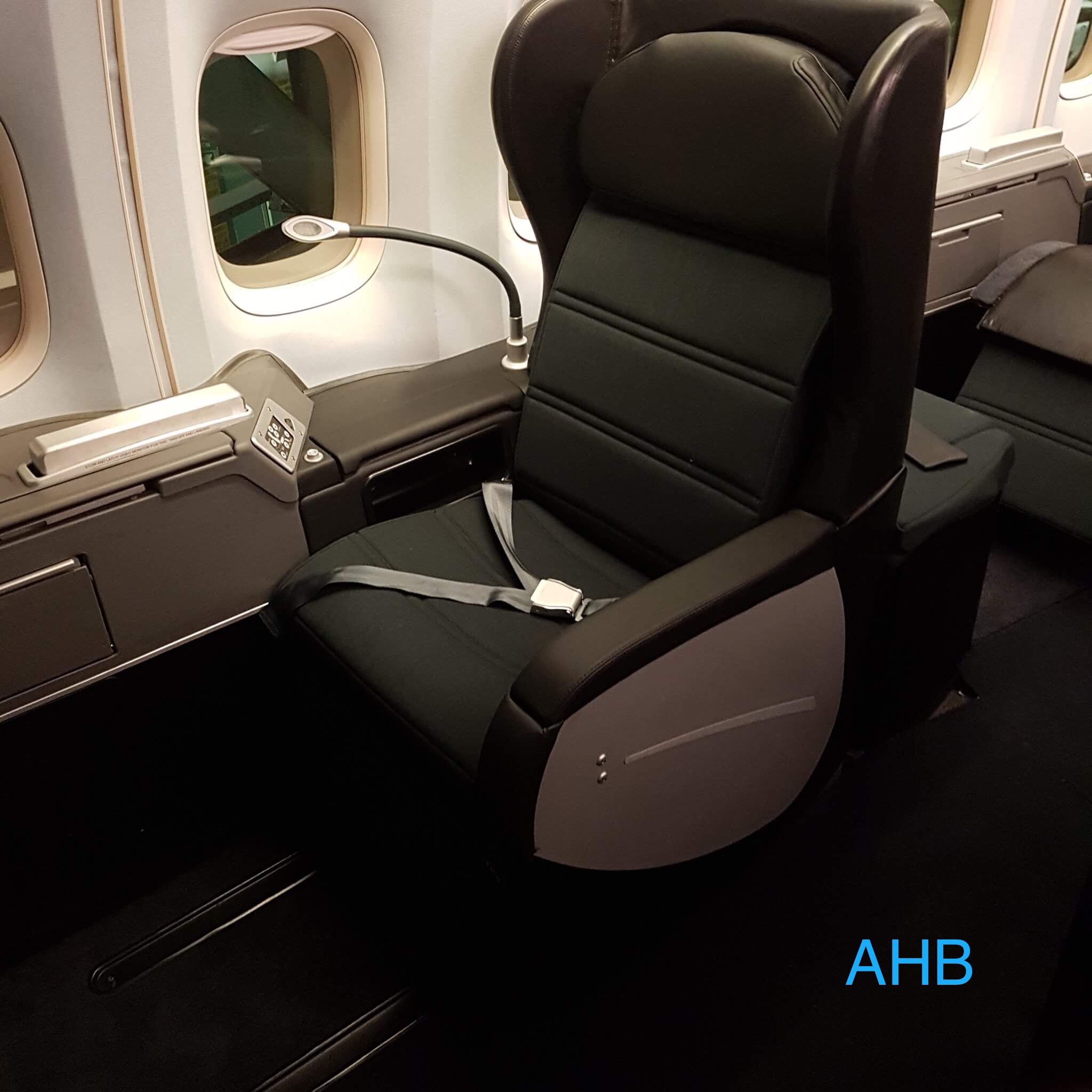 Business Class passengers travelling in Zone A, the iconic “nose” section  aboard QANTAS’ Boeing 747-400 registration VH-OEB would have been in for quite a treat. The cabin has been recently refreshed. The seats have have received new padding and coverings in a deep blue colour. The cabin has new carpet along with a general refresh of the cabin fixtures. The aircraft performed its first flight with the updated dated cabin between Sydney and Santiago de Chile as QFA027 on 28 April 2017. 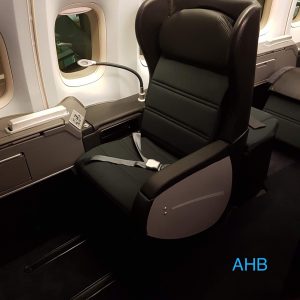 This aircraft, along with VH-OJM, is somewhat analogous to the rest of the of QANTAS 747 fleet in terms of cabin product. The two aircraft have the same cabin set up still retaining the old 4-“Kangaroo” cabin configuration –  consisting of  14 First Class seats (Zone A),  52 Business “SkyBed Mark 1” seats, 32 Premium Economy and 255 Economy seats. They have not been reconfigured with the new cabin A380 style cabin product as featured on the other nine 747s (VH-OJS/U/T and VH-OEE/F/G/H/I/J). The In-flight Entertainment System on OEB/OJS is Rockwell Collins unlike the reconfigured aircraft which have the new Panasonic platform.

First Class service on the 747s hasn’t been offered since 29 September 2014. On scheduled services operated by OEB and OJS the First Class cabin is actually sold and marketed as Business Class along with that standard of service. These seats are normally assigned to top tier frequent flyer passengers. This is similar set up to when the A380 operates flights from Sydney to Hong Kong, with the First Class cabin also sold as a Business Class product. 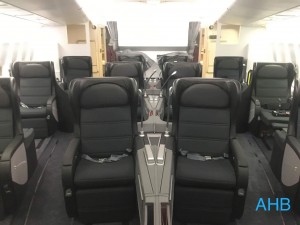 The main reason for this refresh would be that the aircraft will be used by Constellation Journeys, an established travel company,  for a private “round the world” charter. According the company’s website Zone A will be sold as a First Class product.  This charter flight is set to take place on 22 April 2018. 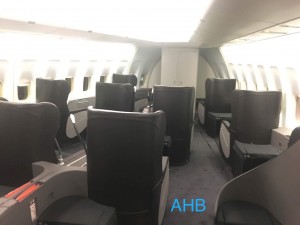 “Refurbished Zone A on VH-OEB”

VH-OEB was originally delivered new to Asiana Airlines in 1993. The aircraft joined the QANTAS fleet in 1998 along with two ex-Malaysia Airlines 747-400s VH-OEC/D. These aircraft had General Electric motors unlike the rest of the Rolls-Royce powered fleet.

At this time it is unlikely that OJM will receive the same Zone A “refresh” as it scheduled to leave the fleet in July 2017, however there is speculation it may remain for a further 18 months in the fleet.