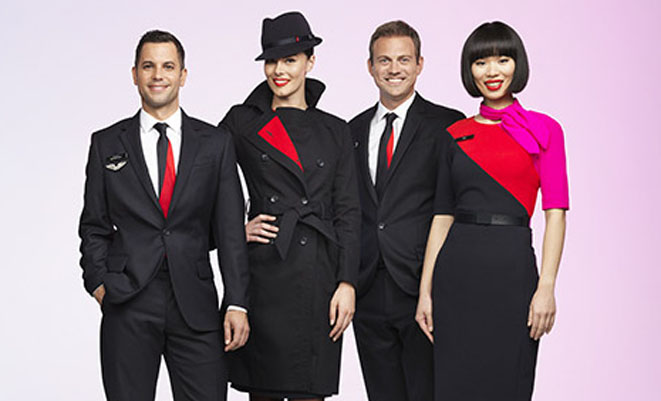 Safety concerns have been raised for QANTAS cabin crew operating the non-stop London-Perth flights which started in March this year. These flights are exclusively operated by “QANTAS Cabin Crew UK (QCCUK)”. QCCUK is a subsidiary company of the airline which employs people on different work agreements and conditions compared to the legacy crew based in Australia.

The main concern for the cabin crew is they are given approximately 24 hours rest period in Perth before operating the flight back to London which is considered insufficient and conducive to fatigue. The London – Perth flight time is around 17 hours and the average duty for the cabin is around 19 hours. The flights are operated using Boeing 787-9 Dreamliner aircraft with a cabin crew complement of ten.

Britain’s largest union Unite in a press release warned the airline against adopting ‘anti-union’ tactics “to try and silence legitimate health and safety concerns” raised by cabin crew. Specifically the union alleges the QANTAS UK base manager as being dismissive towards concerns over the fatigue that is being caused by these flights. The base manager, according to Unite states it is a “transition into new flying.”

Unite regional officer Lindsey Olliver states “While the future of flying is likely to centre on ultra-long-haul (ULH) operations, QANTAS has a responsibility to ensure that the safety and wellbeing of its passengers and cabin crew continues to be of paramount importance.”

A comparable route, in terms of flying time, is QANTAS’ Sydney to Dallas flight, which was the airline’s longest route prior to the launch of Perth – London flights. The Dallas flights are predominantly operated by another lower paid division of cabin crew “QANTAS Cabin Crew Australia (QCCA).” The rest period for cabin crew for the Dallas flights is around 55 hours before they operate back to Sydney. The UK base is questioning why they are subject to a disparity in terms of rest time and work conditions.

A QANTAS spokesperson in relation to the union’s claims stated “Making sure our crew have enough rest is important to us and something we’re very used to managing given our experience with ultra long-haul flying. These crew had previously been operating around seven hours of flying between London and Dubai, so we’re conscious there is a period of adjustment. Safety is always our main priority and we’re committed to working through any concerns constructively.”

The advent of longer range aircraft has made the concept of ultra long haul (ULH) travel a possibility. The airlines will market these new services of being a great benefit to the travelling public given that considerable flying time is saved over more convention one/multi-stop services. The potential for increased profits for the airlines is magnified. Airlines will charge a premium for ULH flights and coupled with the use of more fuel efficient aircraft the need to cut costs when it comes to crew resourcing is questionable. Whilst there might be short term economic gains by adopting these measures, the long terms effect may be detrimental for airlines if crew are fatigued and unable to work.

The International Civil Aviation Organisation defines fatigue as “as a physiological state of reduced mental or physical performance capability resulting from sleep loss or extended wakefulness, circadian phase, or workload (mental and/or physical activity) that can impair a crew member’s alertness and ability to safely operate an aircraft or perform safety-related duties.”

Airlines needs to adopt appropriate Fatigue Risk Management Systems taking into account the crew’s well being and safety as a priority over any financial gain.