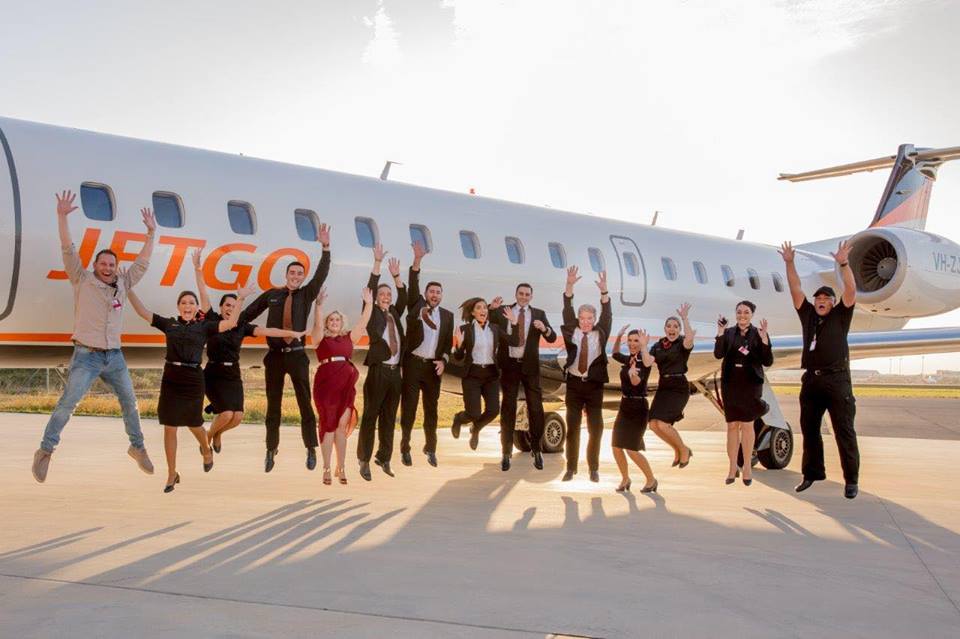 JETGO Australia will add Karratha and its first international city, Singapore to its network from mid-2018. The regional carrier, with its hub at Brisbane airport, operates scheduled and charter services primarily along Australia’s east coast. This will be the first time the airline will fly scheduled services to Western Australia.

City of Karratha Mayor, Peter Long stated that the new services to Singapore would operate twice weekly subject to regulatory approvals. JETGO, which presently has four aircraft in its fleet, comprising of a mix of Embraer ERJ 135LR/140LR/145LR aircraft, will add a new type to its fleet. The Embraer E175 with 88 seats will be used for these new services. JETGO managing director, Peter Bredereck states, ““We have selected the Embraer E175 due to a combination of size, payload-range, cargo capacity, economics and the ready supply of local expertise due to existing E-170 and E-190 operators in Australia. It also builds upon an already strong relationship between JETGO and Embraer.”

Karratha Airport presently only has scheduled services to Perth operated by QANTAS and Virgin Australia and their respective subsidiaries. The carrier is presently liaising with Australia’s Department of Immigration and Border Protection to set up the necessary infrastructure to support international flights.

Further details in relation to schedules, distribution and fares will be released over the coming months.