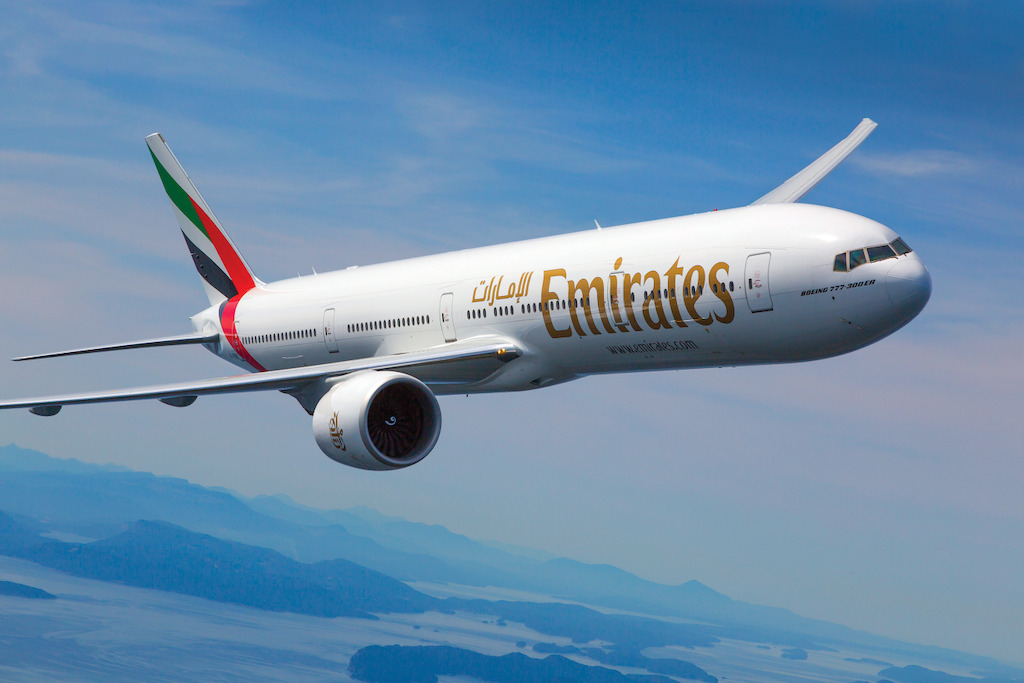 The configuration for the much anticipated new Emirates First Class product may have been revealed. Seat maps on the carrier’s daily Dubai – Seattle Boeing 777-300ER operated services (EK229/EK230) show a different seating configuration from 01 December 2017. The present First Class product on the Emirates Boeing 777-300ERs/200LRs feature 8 Suites in a 1 x 2 x 1 cross section. The new configuration shows 6 Suites in 1 x 1 x 1, with the centre seats (1E and 2F) appearing to be staggered. 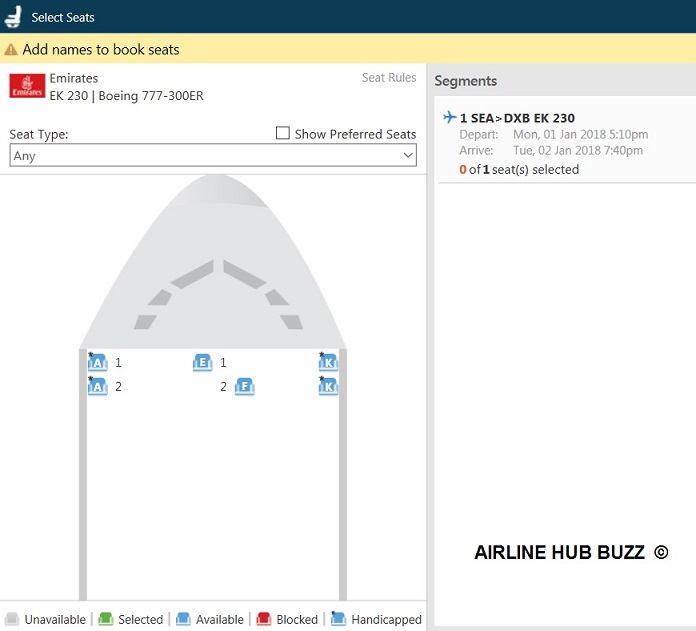 Possible configuration of  the new Emirates First Class on the 777-300ER – Image by AIRLINE HUB BUZZ.

The airline’s First Class Suites were originally introduced in 2003 on the Airbus A340-500 and at the time set a standard as being the first carrier to offer enclosed suites in a First Class. The product has evolved over time with minor enhancements on the carrier’s Boeing 777s and A380 fleets. Singapore Airlines in 2007 introduced their “Class beyond First” with the A380 Suites.  The Emirates First Class is now considered somewhat outdated when compared to rival carrier Etihad’s First “Apartment” as featured A380 and the soon to be revealed new Singapore Airlines A380 First Class. Emirates is expected to reveal full details of the new First Class product over the coming months. The new Business Class was revealed at ITB Berlin in March 2016 as is featured on newly delivered 777-300ER aircraft, however it still features a 2 x 3 x 2 cross section which leaves the Emirates product behind when the industry standard for International Business these days is direct aisle access for all seats.

In market segment when the disparity between First Class and Business Class growing narrower given the new products coming out such as Qatar Airways’ Business “Q-Suites”, airlines that continue to offer a First Class need to show significant differentiation between these two cabins.