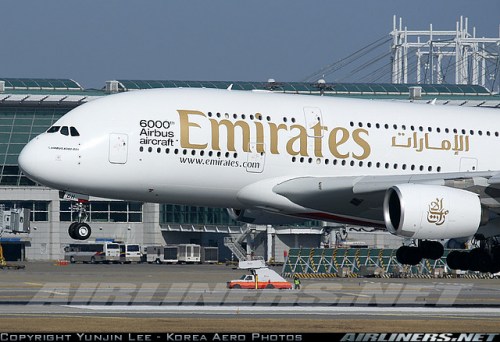 Emirates is set to resume trans-Atlantic services from Europe to North America. It has filed a slot request with IATA for Milan Malpensa (MXP) to New York Kennedy (JFK) frequencies, with services set to start from 01 October 2013. Emirates in the past operated Dubai – Hamburg – New York services.

In addition to its thrice daily services Dubai-Malpensa, the following flight numbers and schedule have been filed:

Flights are subject to regulatory approvals.
Singapore Airlines had also stated in the past about its intention to serve the Milan-New York market; however there are no firm plans at this time. ALITALIA, Delta Air Lines and American Airlines also offer non-stop services MXP-JFK.