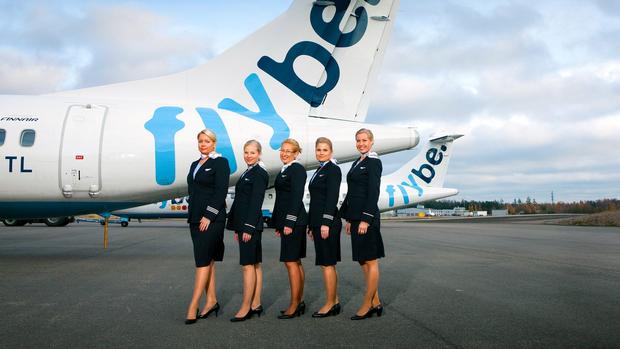 British regional airline FlyBe (IATA code BE) has collapsed ceasing all operations. FlyBe is Europe’s largest regional airline. All flights have been cancelled and the carrier’s 2,300 staff now face an uncertain future.

Exeter based FlyBe, which connects smaller UK airports has been financially struggling for quite some time and in January this year the risk of collapse was quite high. The airline had planned to re-brand in 2020 as  “Virgin Connect” working in close collaboration with Virgin Atlantic. The last ownership structure of the parent company “Connect Airways” is a consortium of owners led Virgin Atlantic, Stobart Group and Cyrus Capital that collectively invested 110 million pounds (US$141.6 million) since buying it in 2019.

FlyBe started flying over 40 years ago stating operations on 01 November 1979 under the Jersey European Airways brand following a merger of Intra Airways and Express Air Services. In early 2000 the airline re-branded as British European to reflect its growing services not only in the UK but to continental Europe.  In 2006, the airline took over British Airways’ regional airline BA Connect (excluding London City flights). Prior to ceasing operations, FlyBe had a fleet of 63 aircraft, made up of 54 Dash-8 Q400 turbo-props and 9 Embraer 175 jets. It had code-share agreements with 13 major airlines, including British Airways, United and Singapore Airlines under its “One stop to the world” program.

The collapse of FlyBe adds to the list of recently failed European carriers such as Air Italy, Thomas Cook, Air Berlin, WOW Air and Monarch Airways.