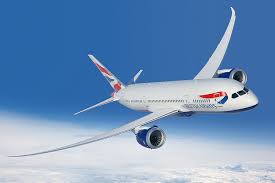 British Airways’ “Mixed Fleet” cabin crew are set to strike on 10 January 2017 for a period of 48 hours. The threat of industrial action was suspended before Christmas after BA put forward a revised pay offer negotiated with Unite after four days at the conciliation service, ACAS. This has since been rejected by the union’s Mixed Fleet branch.

The carrier states “We will plan to ensure that all our customers travel to their destinations. Mixed Fleet Unite represents only 15 per cent of our cabin crew. We will publish more details for our customers on Friday once we have finalised our contingency plans. We are extremely disappointed that Unite has once again chosen to target our customers.”

In what is seen as a contentious move, British Airways had offered pay increases to the Mixed Fleet cabin crew as long as they were not union members.

National officer Oliver Richard states”British Airways is needlessly provoking strike action by refusing to extend the mandate of the strike ballot and allow meaningful talks to take place. “Instead of listening to why its ‘mixed fleet’ cabin crew rejected the offer negotiated at ACAS, British Airways has sought instead to try and bully a workforce of young men and women who are trying to eke out a living on poverty pay.”

The timing of the strike may negatively impact on the onboard service for European short haul flights given that the new M&S “Buy on Board” product commences on 11 January.

British Airways will publish its contingency plans on Friday 06 January 2017.