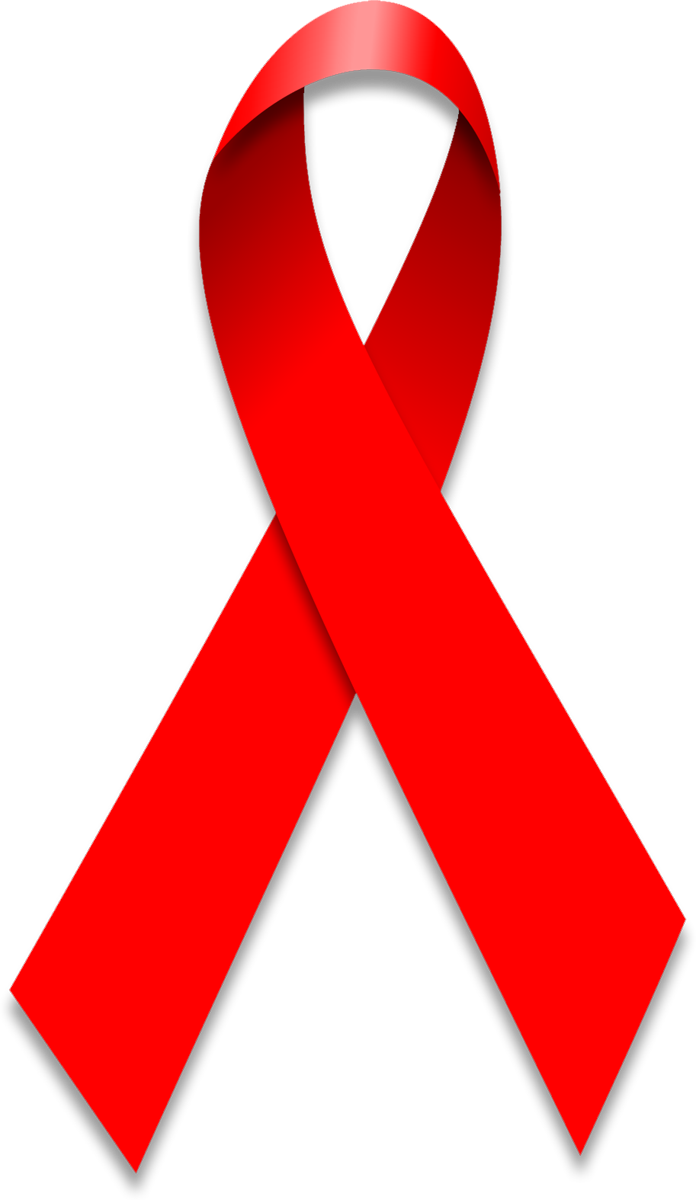 Airlines, HIV and the UAE: the challenges facing crew.

The United Arab Emirates, in particular the Emirate of Dubai represents a true cosmopolitan metropolis of luxury hotels, high end fashion shopping and a true adventure playground for the world’s jetsetting crowd. It is quite easy to forget that under this newly created glistening “world” destination that at its core is a very conservative and strict Muslim nation. That’s not to say that the UAE is an oppressive place, far from it.  However visitors and also expatriates living in the UAE need to be aware that certain customs and social norms which might be quite acceptable at home could in fact be serious breaches of local UAE law. If one is aware of what is expected and required in the UAE it poses no problem and is an enjoyable place to live or visit.

Foreign airlines operating to UAE airports need to be fully conversant with all aspects of the local laws and the implications they may have for their human capital, most notably the crew. One of the most important issues is the implications for crew which are HIV positive and what it means for them in terms of flying to the UAE.

HIV and the United Arab Emirates

Vistors and expatriates living in the UAE who are known or a found to be HIV positive are in most instances deported or detained in detention centres. HIV is generally viewed and treated as a “morality disease” and as such is not tolerated. Whilst there has been some progression in terms of human rights there is still a long way to go in terms of the UAE being on par with other nations where HIV positive people cannot be discriminated upon. It is common place for employers in the UAE to conduct regular blood tests. Furthermore the health status of the individual needs to be declared on any visa application for the UAE. The HIV medication is effectively illegal in the UAE so hiding the disease would be virtually impossible. Even certain medications which are perceived as standard in other countries including anti-arthritis and anti-inflammatory drugs are banned.
Most western airlines have employees who are HIV positive. In places like Australia and New Zealand, strict anti-discrimnation laws are in place in order to protect the rights of individuals. As such airlines like QANTAS, Virgin Australia and Air New Zealand do not test require testing for this. It should be noted that there is no risk to passengers or colleagues by having HIV positive crew thus further confirming there is no need to test. In nations such as the UAE which effectively classes those being infected as illegal, airlines need to consider how to handle this situation with a strong focus on their crew’s safety and security to the ports they operate in. Eithad and Emirates would effectively not have any HIV positive employees as they would need to conform to the UAE laws. Furthermore, they conduct obligatory health test regularly including blood tests to ensure they are at all times compliant with UAE laws.

For international airlines with fairly extensive networks,  it is not really a major issue as they will simply adopt rostering patterns to places where there are no entry restrictions for any crew that may not meet the local laws. The situation however can be quite critical for airlines that have small networks and fly to the UAE. It may potentially pose a problem for how crewing patterns are constructed. This was the problem that faced Virgin Australia when it commenced services to Abu Dhabi and similarly that will face QANTAS when it starts flights to Dubai.

Limitations for carriers with small networks or dedicated crew divisions

For large network carriers with extensive international networks such as Delta, United and British Airways, it does not really pose much of a problem. HIV positive crew are simply rostered on patterns that exclude ports within the UAE or any other country that restricts entry based on HIV status. This still leaves plenty of scope for such crew to be rostered to many other destinations. However, for carriers which have a limited network of only one or two destinations or a dedicated crew division this is obviously not a solution. This is the situation that affected V Australia’s (now Virgin Australia) long haul 777 services and will soon affect QANTAS on its Dubai A380 services.

In 2011, the then V Australia scaled back its route network with its 777-200  to just two ports, Los Angeles and Abu Dhabi, in line with its alliance with Etihad. It previously operated its 777s to Phuket, Nadi and Johanesburg. In close consultation with its partner Etihad, Virgin Australia allowed for approximately six month lead in time before Abu Dhabi fights commenced. Cultural empathy was adopted coupled with specific training to facilitate the  commencement of services. In light of the restrictions imposed on by UAE on HIV positive crew members, it was decided that such crew would be transferred to the carriers routes operated by 737s/A330s subject to such crew meeting operational requirements for those aircraft type. While under Australian law employers cannot discriminate on a person’s HIV status nor is it a requirement to have people tested, Virgin Australia would obviously disclose to potential applicants the situation and restrictions applied to HIV positive people in the UAE.

The other challenge faced by Virgin Australia was that of people identified as “debt runners”. Such people are those that may have left the UAE with debts and would face possible prosecution if they were to return to the UAE. In cases like this, rightly so, the carrier informed crew in such situations that it was their responsibility to sort their situation. The carrier would be unable to assist.

QANTAS and its new A380 Dubai services

QANTAS’ A380 services have cabin crew primarily sourced from a subsidiary company Qantas Cabin Crew Australia Pty Ltd (QCCA). A London UK cabin crew based is also used to crew the A380 services from Heathrow. Most recently, the Auckland long haul based crew from QF’s Jetconnect subsidiary commenced working on A380 services alongside QCCA members. The Auckland crew are also dual endorsed to work on the airline’s 747-400 operated services if required. Other QF long haul services are crewed by QAL or “legacy crew”. There is very little scope for “cross crewing” however staff from QAL have accepted transfers to work on A380 services. QCCA members in the past were also dual endorsed however they now operate exclusively on A380 flights.

Presently the A380 operates from both Sydney and Melbourne to Los Angeles and to London Heathrow via Singapore on a daily basis. There are also four weekly A380 services  from Sydney to Hong Kong. From 31 March 2013, the London flights will operate via Dubai replacing Singapore in accordance with the QANTAS/Emirates Alliance.

At the time this article was written there were less than 8 weeks to go before the commencement of Dubai services and approximately 2 weeks before crew roster patterns involving Dubai would be issued. It would seem that there is no concrete policy in place in relation to how HIV positive crew would be rostered. Given the restrictions imposed in the UAE one would hopefully expect that QANTAS would not consider taking a risk and sending these crew to Dubai. Furthermore it would be naive to assume or  indeed expect these crew to try and somehow hide their condition. This is impossible as the medication required cannot easily be hidden or “unlabelled” . Taking such measures would further compound a potentially dangerous situation. In the event that HIV positive crew were detained in the UAE would QANTAS be there to support and assist? One can appreciate that it would not be prudent to place such crew in this situation in the first place. Understandably this lack of certainty is causing stress and anxiety amongst affected crew.

In terms of acceptable list of approved medications crew can posses for the UAE, there is a disparity between what QANTAS approves and what is actually approved by Emirates/UAE. An example is sleeping medication which QANTAS has approved for its crew and which is actually banned in the UAE. One would hope that all crew have been adequately briefed in this respect.

QANTAS would have several possible options in how to best deal with rostering HIV positive A380 dedicated crew. It may simply roster such crew on the other A380 destinations being Hong Kong and Los Angeles. Any London based crew that are HIV positive would effectively not have any option as they only serve one city from London which is presently Singapore and soon to be replaced with Dubai. Another option would be to transfer such crew to another division such as domestic flying. Possibly an ideal solution would be to have these crew endorsed on another aircraft, such as the 747 as the Auckland base are. As can be seen there  are solutions to this situation. The critical issue is whether QANTAS has evaluated and addressed it appropriately to come to a resolution that is mutually beneficial for both the airline and the employee.

There is no doubt that airlines such as Virgin Australian and QANTAS adopt an high level of duty of care for their staff, particularly for airline crew but what is most critical is that the airlines are at all times aware of any potential threat to their crew’s security whilst away from their home country. Airlines have the moral and ethical responsibility to look after the “human capital”.

Whilst it is reasonable to conclude that airlines have obvious limitations in attempting to change a particular nation’s legislation, it does not preclude the airline from taking all reasonable steps to guarantee the safety  and well being of its crew operating in ports where as a direct consequence of a crew member’s health status this would be in any way compromised.