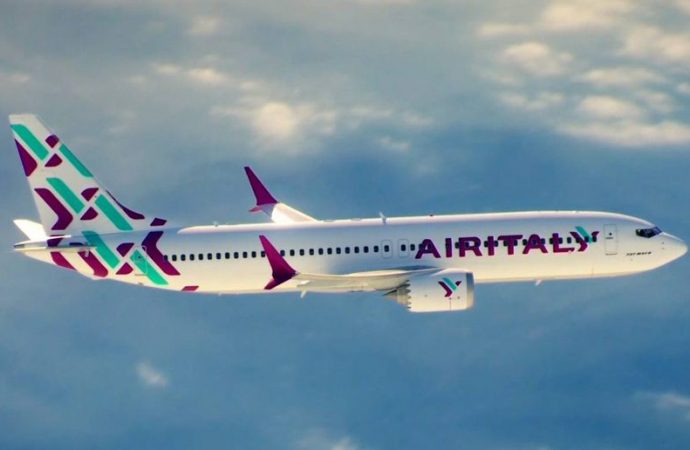 Air Italy is at risk of closing according to various sources within the airline and as being reported in the Italian media. In 2019, the carrier reported a lost of around 200 million euros. A shareholder’s meeting will be held in Milan on 11 February to decide the carrier’s fate. Over a thousand airline employees are waiting for news from senior management. There is no official comment from Air Italy at the time of writing.

Air Italy’s history and network
Air Italy commenced operation under its present brand in March 2018, however its roots can traced back to 1966 as Alisarda. Alisarda, meaning literally “wings of Sardinia” was a predominantly domestic carrier later branching out with European and African flights. In the 90s it rebranded as Meridiana and in 2010 merged with charter carrier Eurofly. Air Italy has a fleet of 13 aircraft including Airbus A330s, Boeing 737-700s, Boeing 737-800s and three grounded 737 MAX8s.

The carrier’s holding company is AQA Holding, which is owned by Qatar Airways (49%) and Aga Khan’s Alisarda (51%). At the time of its launch the carrier had ambitious plans, under the guidance of Qatar Airways, to become a major international network carrier from the Milan Malpensa-MXP hub. ALITALIA had tried from 1998 to 2008 to use Malpensa as its hub. It returned most of its long-haul flights to Rome’s Fiumicino and abandoned plans for a hub at MXP.

Air Italy’s flights to places such as Bangkok, Mumbai and Delhi were terminated soon after starting. The constant cancellation and unpredictability of its network has obviously been detrimental to the carrier of offer a consistent and reliable service. In the meantime, the flights Milan Malpensa – New York JFK and Milan Malpensa – Accra – Lagos have been suspended for 11 February with further cancellations likely.

Future for Air Italy
Air Italy has faced harsh criticism from American carriers like Delta Air Lines and American Airlines. The US carriers have accused Qatar Airways of using Air Italy as a platform for greater access to trans-Atlantic flights.

Qatar Airways would be willing to invest further in the carrier by increasing its ownership, however under EU regulations the investment is capped at 49%. Should Air Italy close operations it be added to the list of recently failed European carriers such as Thomas Cook, Air Berlin, WOW Air and Monarch Airways.